This page shows photos I took on my Freemo modules and photoshopped in backgrounds on some of them.

The fireman looks out at the river and wonders if the  fish are biting today.  As the saying goes, "A bad day fishing....."

Remember those postcards with the apple or potato on a flatcar touting the size of the state's produce?  My take showing Boeing's utilization of its aircraft cars.

Executive painted SD70MAC 9568 is third out on the head of a coal train headed to the mines for another load of black diamonds.

As it enters its fifth decade of service, Southern Railway 2581 looks good as Burlington Northern 2768. 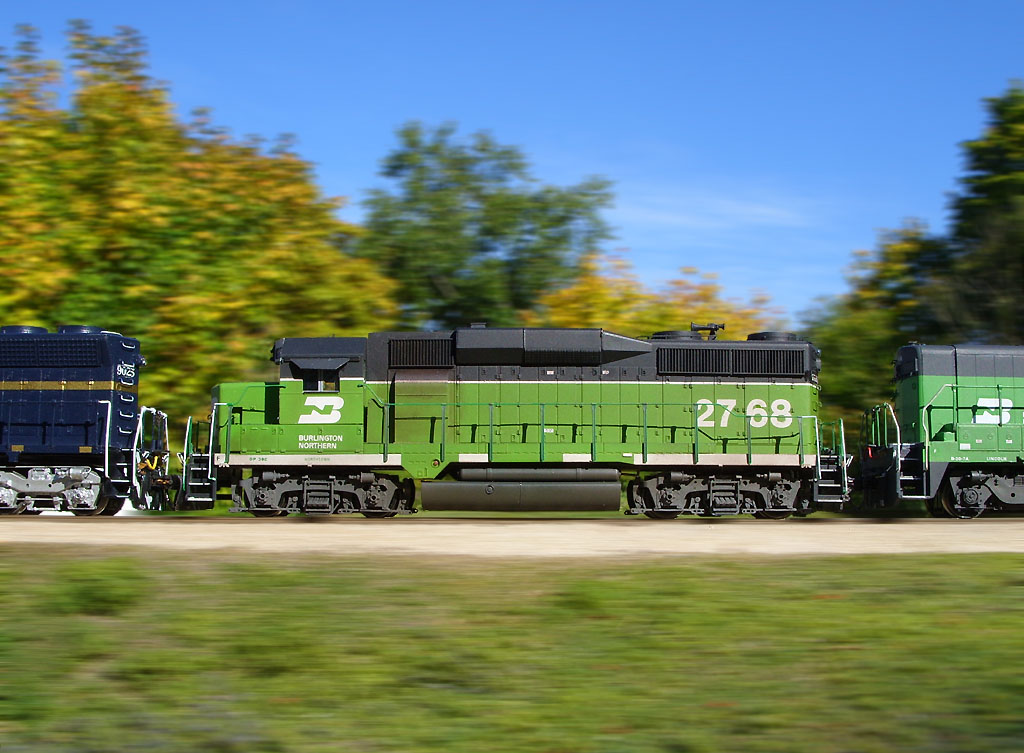 A first photo taken on Gromit.  Gromit is named Gromit because the first module was named Wallace and the location of the second module was undecided and it needed a name.  I want to make somewhere along the NP, even better if it is MRL.  It is even more appropriate name now because I've spent the last few years working on stop motion movies with lots of people from Aardman.  I added signals from Oregon Rail Supply for turnout indication.  I added a little detail to the bases and they look much better and closer to their NP prototypes.

This one was taken on Wallace and Gromit together.  A 12 second time exposure of MRL 391 waiting in the siding for a slowly approaching train.

BN 2344 and company hold back tons of grain headed to west coast markets as they decend Sheffield Pass (built by Jerry Sheffield).